Recently we were approached by a company called Reel Time Media asking whether we would be interested in selling up to become part of a larger group of amalgamated companies all within the web and digital marketing space.  At the time the proposition of selling was quite attractive, business had been more challenging than usual and other ventures were in my horizon. I did not entertain the idea and have pulled through an exciting period in business.

Since then, we have kept an eye out for recent announcements the company has released via the ASX and industry contacts, noticing that Reel Time Media has ‘acquired’ a reasonable number of businesses throughout Australia.  Some recent ‘acquisitions’ are:

On face value, this appears to be a ASX company buying up little established ones to try and dominate the web and digital marketing industry.  However I am of the opinion this model is quite flawed and question the overall intention from the venture capitalists behind Reel Time Media.

Unless I am mistaken, these companies have not been handed any cash, just shares have been handed out as consideration for their businesses.
So put yourselves in the shoes of one of these business owners and think why would you sell your company to somebody who canvassed you by email or phone, for a share offering?

Well as I opened the blog post, business can be tough, even at the best of times, and making money in today’s world is difficult, especially in a industry where everyone’s ‘mate’ is an expert on websites or SEO.
I have been in this industry for 6 years now and know most the companies listed above, warts and all.
The reality is, these companies are not making anything, have little or no substantial assets. They all face the same problems most Australian businesses do; overheads, Tax bills and getting things done quickly enough to turn a profit.
So when the people behind Reel Time Media come along and offer to buy their company for shares at a forecasted value of $1.93, which, in theory would make some of these people millionaires, the prospect is quite attractive, especially seen as some of these owners have been slogging it out, year after year for $100k PA.

The value of these shares at the moment is speculative, until the IPO, nobody can truly put a price on what Reel Time Media will be worth. But lets put this shell ASX listing in comparison with a well established asset rich business such as Schaffer Corporation.
Schaffer is a ‘bricks and mortar’ business found in 1955 by George Schaffer, it boasts a impressive property portfolio, owns and operates a quarry with retail outlets Urbanstone and has a 83% share in Howe Automotive, a large manufacturer of leather for the automotive industry. As of todays date a share of Schaffer Corporation will cost you $4.50, considering the stability of the business and its track record, that seems like a fair price to me.

The question has to be asked, how on earth can Reel Time Media be worth $1.93 per share? Or roughly 40% of what a Schaffer share is worth, when it has little or no assets and is not a well structured group of companies pointing in the same direction?

For further comparison, I decided to dig a little deeper at some more recent IPO’s to see what the biggest IPO of 2012 achieved and where they sit today. It appears Armour Energy, (ASX: AJQ) were looking for the biggest capital raise, chasing a cool 75 million. Armour energy opened at 0.41 a share on the 10th of August 2012, since then its dropped to 0.23 a share. This company like Schaffer, has cash in the bank, owns land titles, equipment and yet is only trading at 23 cents a share.

Even the first time around Reel Time Media was trading, it never reached the dizzying heights of speculated price of $1.93 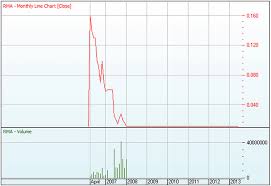 Will the amalgamation work?

I have personally tried two partnerships in the past and both failed dismally, too many chiefs and not enough indians, leads to failure in my opinion, everyone has their own agenda and it sounds glorious being a big national company, the reality is its hard to manage with one company let alone 10 or so.  I do not know the end goal is for Reel Time Media, they may want to just want to drum up some interest in the market, sell some shares and make a few dollars. The question has to be asked is what is in store for the companies within the group?

From a brand prospective, in my opinion the clients of Level 91  are of a different demographic / calibre to that of the other companies listed above. This is an important point and poses a risk to the brand of all involved. For arguments sake, company A introduces company B as their new ‘group partner’ suggesting they conduct business. The end client decides to sign up to that service or product, however company B screws it up, or just does not operate how they were previously dealt with by company A. Who do you think the end client will blame for the poor service or bad results? Both but inevitably the real harm will come to company A’s brand and reputation.

Thats all I have to comment at the moment, it will be interesting to see how this group performs, I presume that the IPO will be in the new financial year and I sincerely hope for all the hardworking business owners that are part of this group, it pays off and they have not given their companies away.